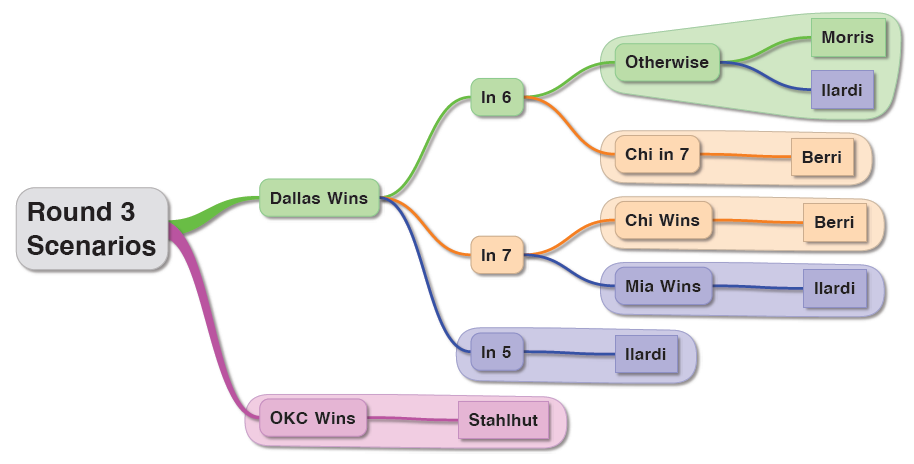 As most of you know, I’m competing in ESPN’s Stat Geek Smackdown 2011. I lucked into the lead coming out of the first round, but have since dropped into a tie for 2nd.

Oklahoma City choking in the 2nd half of game six against Memphis cost me dearly: had they held on to their 10 point halftime lead to win that game, I would have remained outright leader heading into these last three series. But by losing that one and winning the next, the Thunder have put me in a tough spot: With Ilardi and I both having the Heat in 6, this round doesn’t give me a lot of opportunities to catch up. At this point, the lead—no matter how small—will be huge advantage heading into the Finals, and four of us are technically within striking distance: 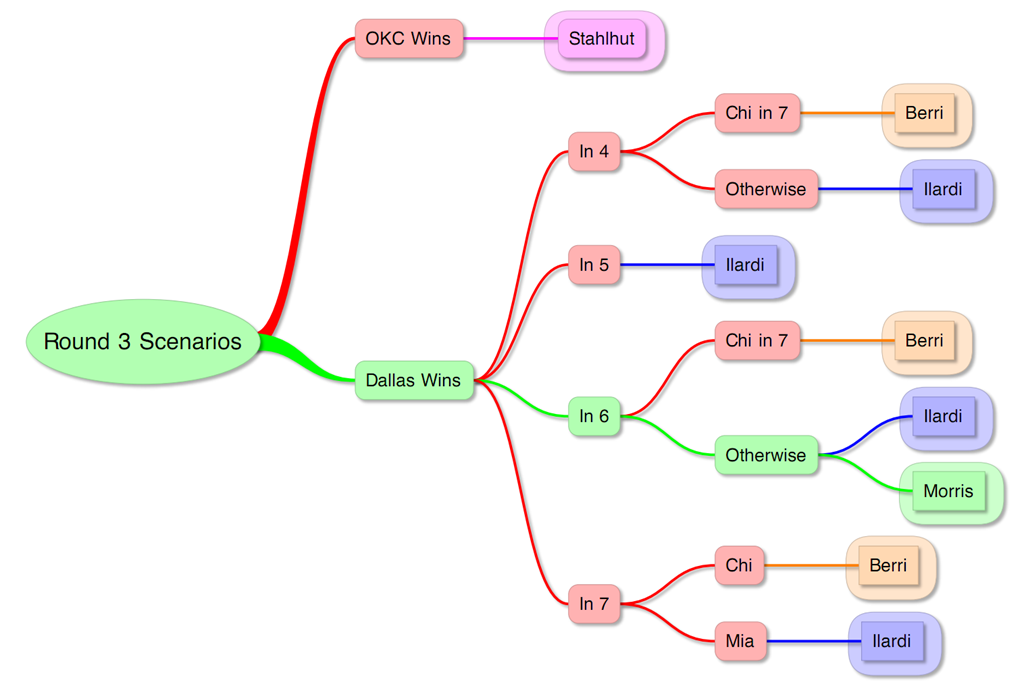 Stahlhut and Berri have put themselves in decent spots by being the only panelists currently in contention to choose OKC and Chicago, respectively. To regain a share of the lead, I need Dallas to win in 6 and not{Chicago win in 7}. But Dallas came through for me by winning in 6 in round one, so here’s hoping it happens again.