By most accounts, the NFL’s plan to expand the regular season from 16 to 18 games is a done deal.  Indulge me for a moment as I take off my Bill-James-Wannabe cap and put on my dusty old Aristotle-Wannabe kausia:  In addition to various practical drawbacks, moving to 18 games risks disturbing the aesthetic harmony—grounded in powerful mathematics—inherent in the 16 game season.
Analytically, it is easy to appreciate the convenience of having the season break down cleanly into 8-game halves and 4-game quarters.  Powers of 2 like this are useful and aesthetically attractive: after all, we are symmetrical creatures who appreciate divisibility.  But we have a possibly even more powerful aesthetic attachment to certain types of asymmetrical relationships:  Mozart’s piano concertos aren’t divided into equally-sized beginnings, middles and ends.  Rather, they are broken into exposition, development, and recapitulation—each progressively shorter than the last.

Similarly, the 16 game season can fairly cleanly be broken into 3 or 4 progressively shorter but more important sections.  Using roughly the same proportions that Mozart would, the first 10 games (“exposition”) would set the stage and reveal who we should be paying attention to; the next 3-4 games (“development”) would be where the race for playoff positioning really begins in earnest, and the final 2-3 weeks (“recapitulation”) are where hopes are realized and hearts are broken—including the final weekend when post-season fates are settled.  Now, let’s represent the season as a rectangle with sides 16 (length of the season) and 10 (length of the “exposition”), broken down into consecutively smaller squares representing each section: 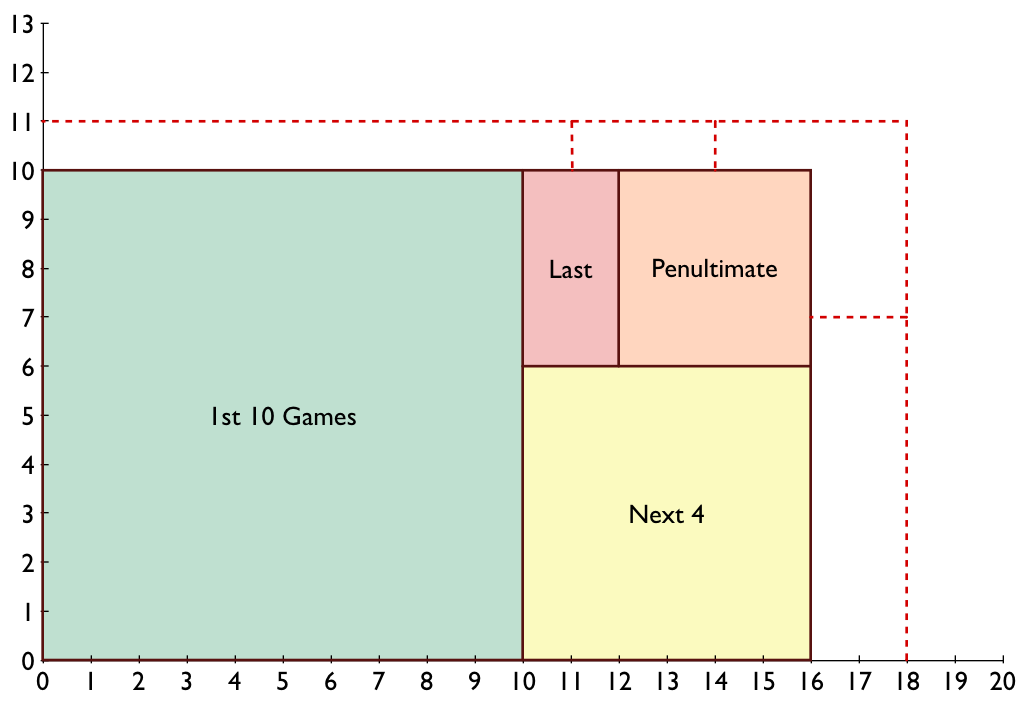 Note: The “last” game gets the leftover space, though if the season were longer we could obviously keep going.

At this point many of you probably know where this is going: The ratio between each square to all of the smaller pieces is roughly equal, corresponding to the “divine proportion,” which is practically ubiquitous in classical music, as well as in everything from book and movie plots to art and architecture to fractal geometry to unifying theories of “all animate and inanimate systems.”  Here it is again (incredibly clumsily-sketched) in the more recognizable spiral form: 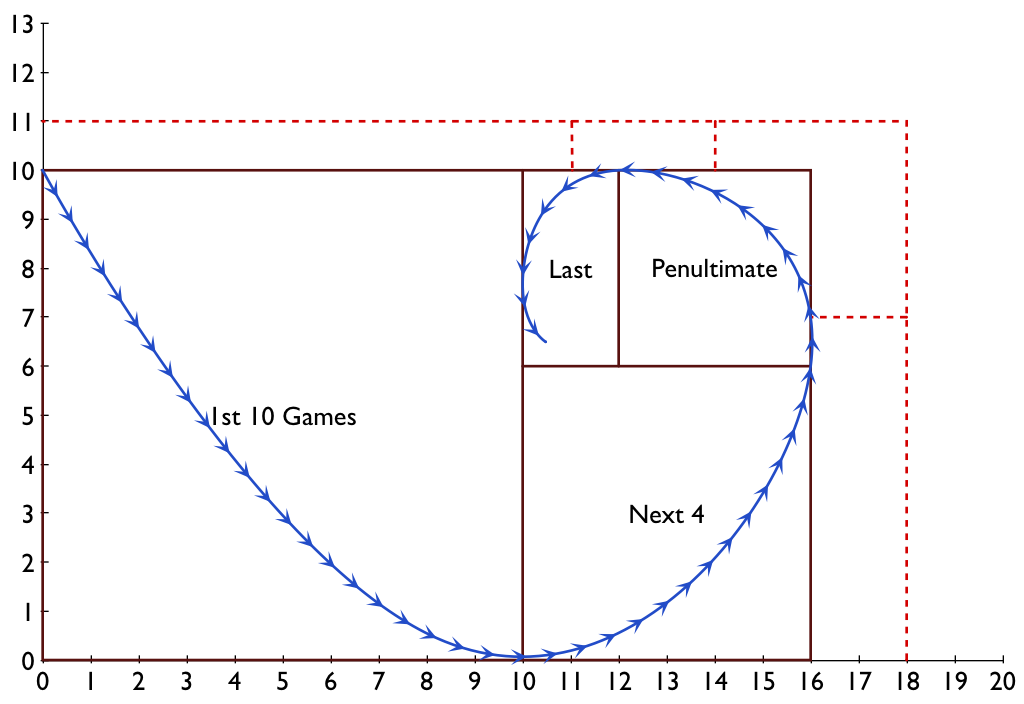 The golden ratio is represented in mathematics by the irrational constant phi, which is:

Which, when divided into 1 gets you:

Beautiful, right? So the roughly 10/4/1/1 breakdown above is really just 16 multiplied by 1/phi, with the remainder multiplied by 1/phi, etc—9.9, 3.8, 1.4, .9—rounded to the nearest game.  Whether this corresponds to your thinking about the relative significance of each portion of the season is admittedly subjective.  But this is an inescapably powerful force in aesthetics (along with symmetricality and symbols of virility and fertility), and can be found in places most people would never suspect, including in professional sports.  Let’s consider some anecdotal supporting evidence:

Etc.
So fine, say you accept this argument about how people observe sports, your next question may be: well, what’s wrong with 18 games? any number of games can be divided into phi-sized quadrants, right?  Well, the answer is basically yes, it can, but it’s not pretty: 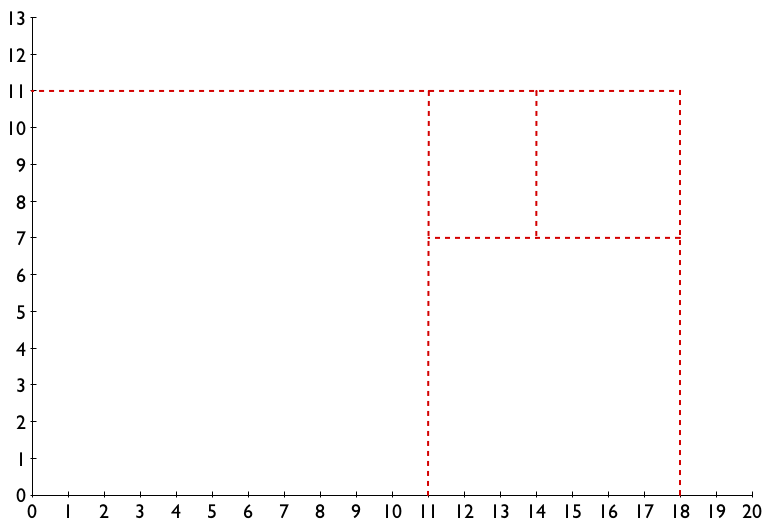 The numbers 162, 82, and 16 all share a couple of nice qualities: first they are all roughly divisible by 4, so you have nice clean quarter-seasons.  Second, they each have aesthetically pleasing “exposition” periods: 100 games in MLB, 50 in the NBA and NHL, and 10 in the NFL.  The “exposition” period in an 18-game season would be 11 games.  Yuck!  These season-lengths balance our competing aesthetic desires for the harmony of symmetry and excitement of asymmetry.  We like our numbers round, but not too round.  We want them dynamic, but workable.

Finally, as to why the NFL should care about vague aesthetic concerns that it takes a mathematician to identify, I can only say: I don’t think these patterns would be so pervasive in science, art, and in broader culture if they weren’t really important to us, whether we know it or not.  Human beings are symmetrical down the middle, but as some guy in Italy noticed, golden rectangles are not only woven into our design, but into the design of the things we love.  Please, NFL, don’t take that away from us.