Granted, “of the Day” isn’t really accurate considering how often I post, but I found it amusing enough to share: 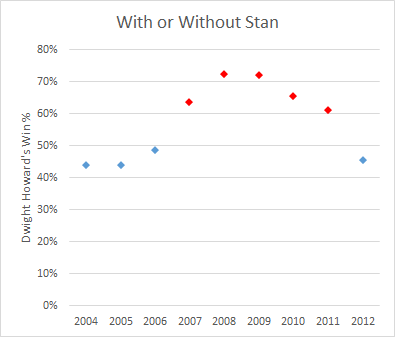 This came up in a discussion about the possibility that Dwight Howard might not be leveraged optimally on teams that aren’t comprised mostly of small 3 point shooters. That would have interesting implications.

One Response to “Graph of the Day: Second Look at Stan Van?”